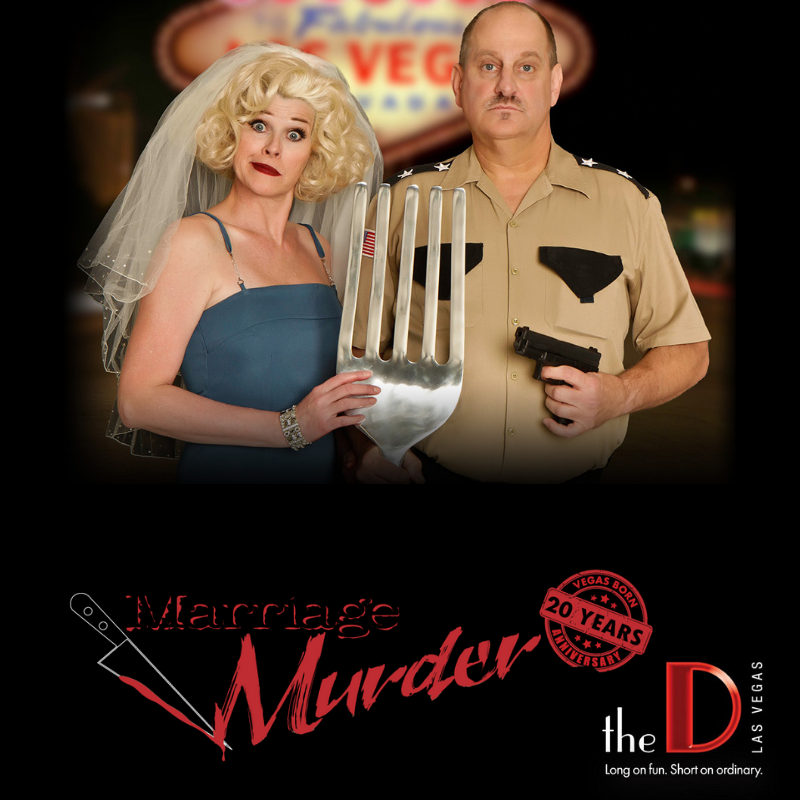 Marriage Can Be Murder at the D Las Vegas will participate in Three Square’s Las Vegas Restaurant Week. The award-winning dinner show will help take a bite out of hunger by donating 20 percent of ticket proceeds from June 17 to June 28 to Three Square Food Bank when the code “3SQUARE” is used at […]

The code is “Ross’s Margaritas” and you will be fine too! During Cinco De Mayo weekend, enjoy a free margarita at FRIENDS! The Musical Parody. All you have to do is mention “Ross’s Margaritas” to the box office at The Showroom at the D Las Vegas on the second floor of the casino, next to […]

Cut Throat Cabbage: Get a Cut at Marriage Can Be Murder 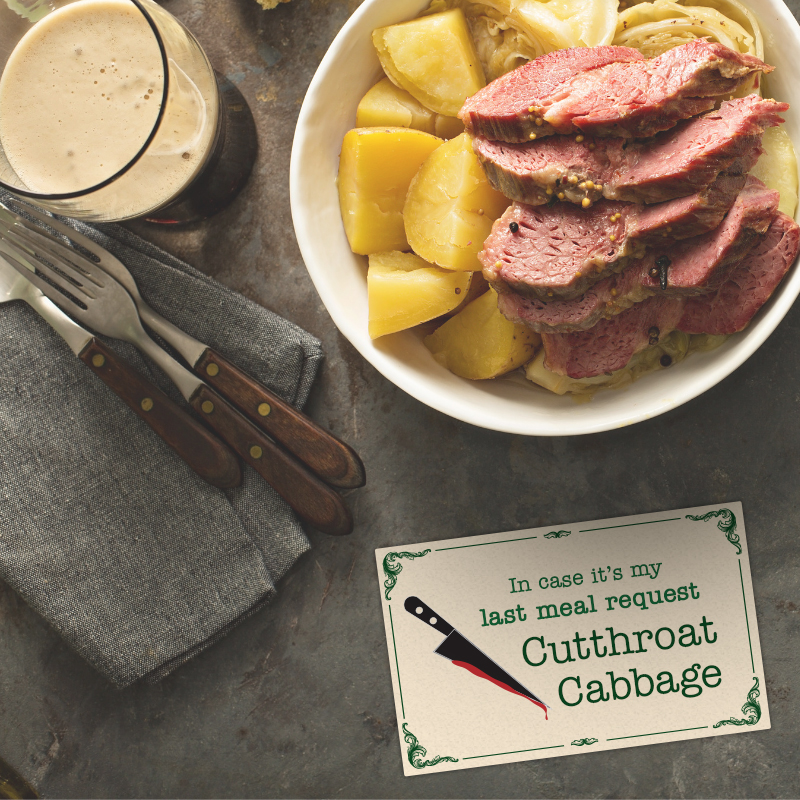 Craic, cut-throat cabbage and comedic crime will ring in St. Patrick’s Day weekend at Marriage Can Be Murder. Offered for a limited time, corned beef and cabbage with parsley potatoes will be an additional entree choice at the murder-mystery dinner show, available from March 15 until March 17, 2019. This award-winning KILL-ebration adds some mystery […]

Skip Phoebe’s burning ritual! Grab your friends, friends with benefits, couple friends or your best friend for life and escape to the D Las Vegas for FRIENDS! The Musical Parody. A special VIP package valid Valentine’s week, February 10-17, 2019, includes a drink and Oreos, both inspired by iconic moments in the television show. During […]

Leave the Valentine’s Drama to Marriage Can Be Murder 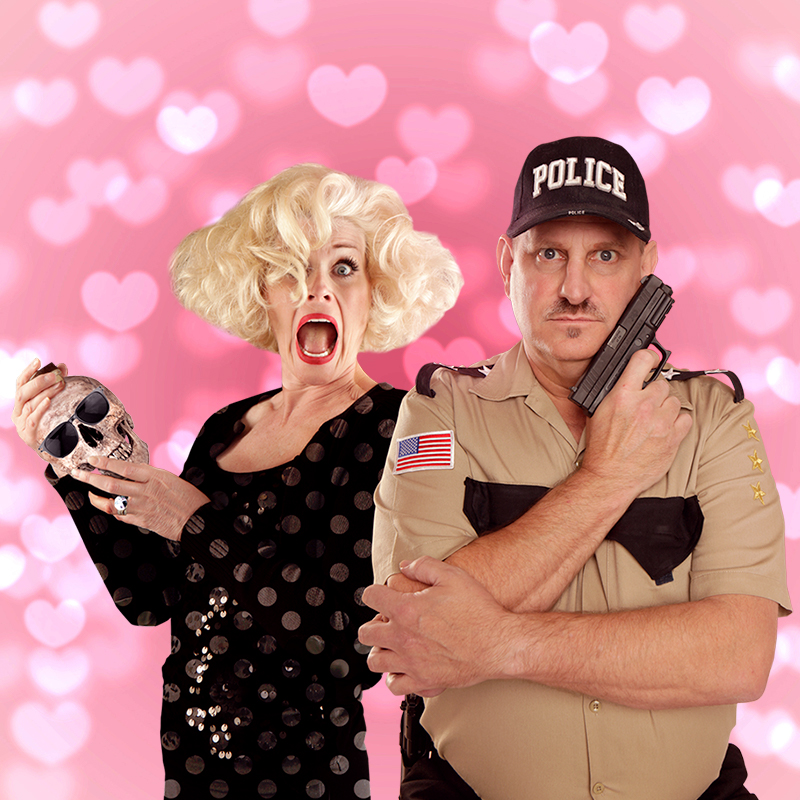 Marriage Can Be Murder, but Valentine’s Day doesn’t have to be! The hysterical murder-mystery dinner show at the D Las Vegas offers a killer deal for couples and singles alike that want to add a bit of amusement and mystery to their celebration. Along with admission to the award-winning comedy experience, guests receive a glass […] 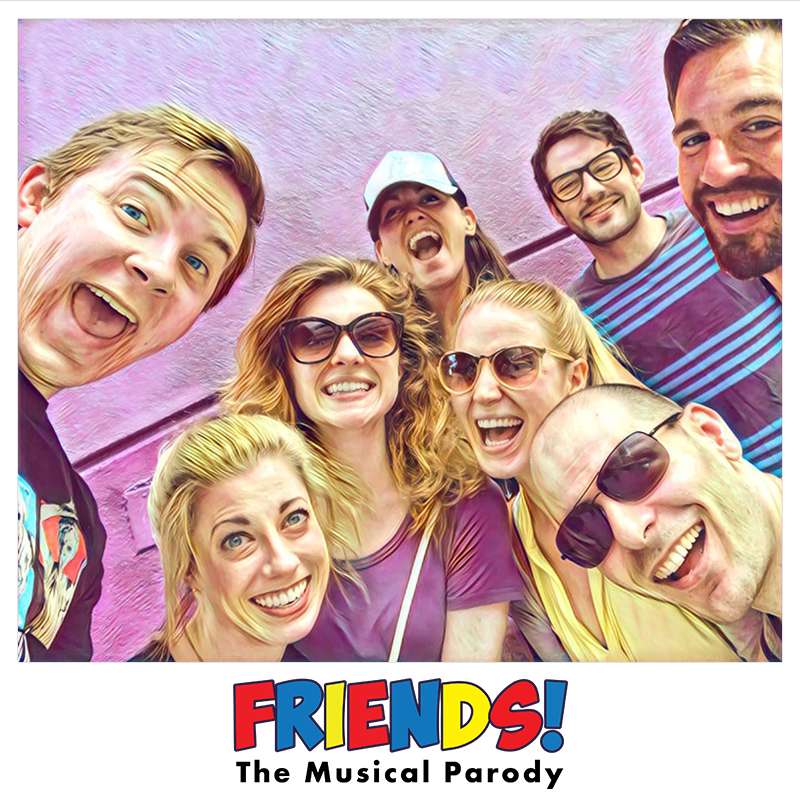 FRIENDS! The Musical Parody, the comedic spin-off of the hit TV show that dazzled off-Broadway audiences, will make its Las Vegas premiere at the D Las Vegas and officially open on October 26, 2018. The Las Vegas cast has been announced: Chandler – Jerod Perez (of Marriage Can Be Murder) Monica – Megan T. Smith […] 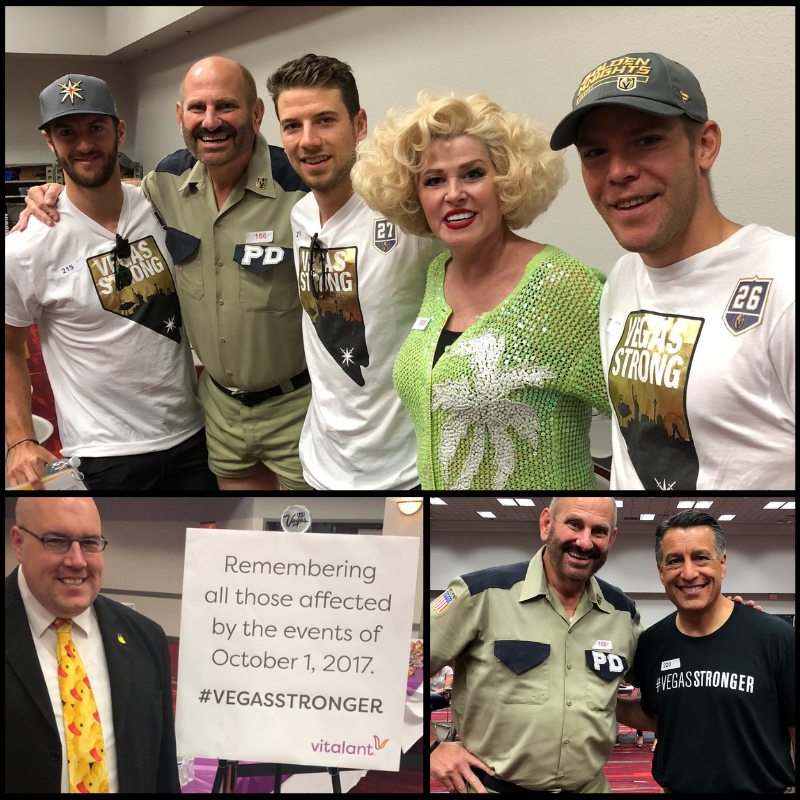 Helped poured into Nevada as people came together from all over to assist the Las Vegas community in its most devastating time of need as October 1 and the days following unraveled. Giving blood topped the list of ways to help. One year later, many events were hosted to honor the victims, first responders, survivors, […]