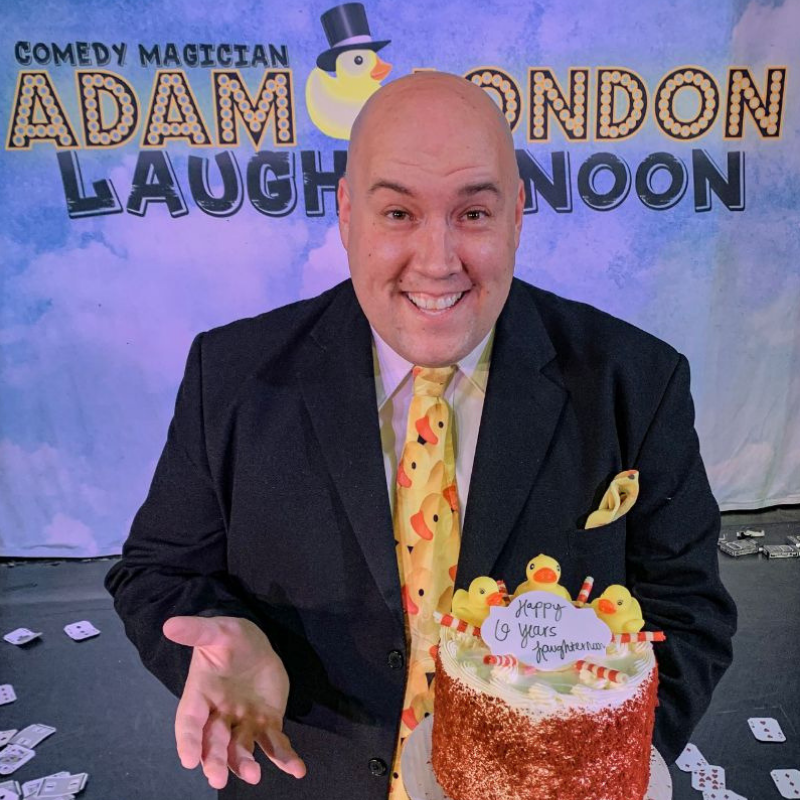 Comedy-Magician Adam London celebrates six years of his show Laughternoon at the D Las Vegas in 2019, and magic fans can score tickets for $6 plus taxes and fees with code “6YEARS” from January 12- January 20.

“We are happy to celebrate six years at the D Las Vegas and to know there is always a place for comedy magic in this great city,” said London. “2018 was a great year for the show and for the many organizations that Laughternoon was able to help out throughout the year.”

London spent his fifth year as a Downtown Las Vegas headliner giving back to the community. He partnered with 12 local charities that support children and families. Each month, London designated one day for the “I Give A Duck” promotion where all proceeds from tickets and merchandise would go back to the selected charity.