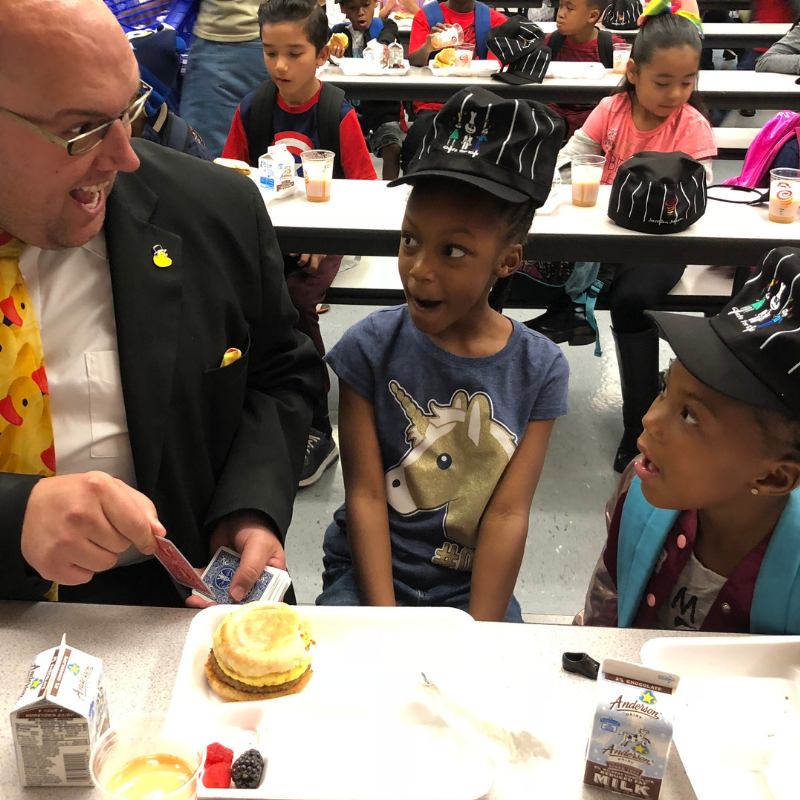 Comedy Magician Adam London is wrapping up his year-long, “I Give A Duck” charity campaign, but not before a couple more shows and check presentations. The show on August 11 raised $1,000 for Chefs for Kids, the eighth charitable beneficiary in 2018, from London’s show Laughternoon at the D Las Vegas.

On a recent visit to Whitney Elementary School, London joined the charity in “Cookin’ Up Breakfast”, a program where the chefs prepare a nutritious breakfast for the entire student body. London welcomed the kids and performed a few magic tricks.

Chefs for Kids has served southern Nevada for nearly 30 years, by helping place educators into at-risk schools to teach 2nd and 3rd-grade children how to make healthy eating choices through a Pick a better snack™ program. The organization serves breakfast at 14 schools each year and feeds more than 10,000 children.

“It’s been a magical year so far. I’m happy to celebrate five years of performing while also being able to help support such a terrific charitable organization,” said London, Laughternoon’s creator, writer and performer.